I really try not to compare books I review to other more famous books, especially when they really are not knock-offs at all, but in the case of Our Dried Voices by Greg Hickey, it’s hard not to. Don’t get me wrong. This book is definitely its own original work, but still, it is impossible to read without looking back nostalgically to a couple of familiar prized works, and I mean this in the best possible sense. This dystopian novel is reminiscent of both The Time Machine by HG Wells and Ayn Rand’s Anthem.

The book is set far into the future. Samuel, who appears to be more intelligent than anyone else in his community, has an awakening of sorts, which stems from noticing things that go awry and setting about to, at first, just fix them, and later, to solve the mystery of who is behind the strange mishaps that befall his village, and figure out why they are happening. Like the character Equality 7-2521 in Anthem, Samuel wants to make a difference and befriends a slightly less intelligent female, Penny, similar to Anthem’s Liberty 5-3000. The similarities continue, but unlike Rand’s collectivist criticism, Hickey makes us think more deeply on the issues of the “nanny state.” Like HG Wells in The Time Machine, Hickey postulates on the de-evolution of humanity in a perfect Eden where there is nothing left to do but eat, sleep, and frolic in the garden, having sex with whoever is nearby and willing. Does work make humanity smarter? Does work give existence meaning? At the very least, it seems to prevent the de-evolution of the mind and body. But Hickey goes further, asking what gives us purpose and joy?

Without giving away too much of the plot, I’ll say that the answer is left somewhat up to us; however, the implication may be that trading one controlling ideology for another may not be the right answer. Ultimately, freedom is necessary to grow and be happy, much like Equality and Liberty find when they reach their cabin in the woods.

At any rate, I found this novel to be extremely engrossing. I thoroughly enjoyed it right up to the end of Samuel’s story. However, I think this is where the book should have ended. I wish I could have set the book down, satisfied with the knowledge of Samuel’s outcome and been done. But what followed titled, “From the handwritten manuscript ‘The Early History of the pearl colony’” (Kindle Locations 2705-2706), was an extensive and boring fictional history leading up to where the book starts. This history includes mostly dates of when certain diseases were cured, leading up to the Eden of Samuel’s community. I struggled with the purpose of this chronology, which seemed to be some kind of commentary against science, or perhaps, it was a warning against population explosion. It seemed to be saying that by curing these diseases and extending life, we took away any possibility of living fulfilling lives. Whether that’s what was meant or not, it pulled me out of the fantasy of the book and made me question important themes in the novel, wondering if I had even understood the point at all. The title also bothered me. I think I understood the point that we lose what we do not use, but it seemed like there should have been some connecting point more clearly tying the title to the novel.

With all that being said, I gave this book four out of five stars because, although I think it could have been better, it certainly ranks up there with many of our favorite and important dystopian novels that we look back on and say, “So and so predicted this would happen.” Maybe someday we’ll experience a dystopian moment and say, “Hickey warned us about this,” but I certainly hope not.

Thanks to the author who gifted this book to me in exchange for an honest review. 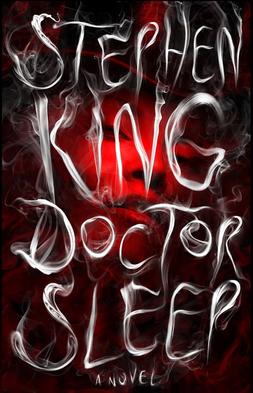 I finally read Doctor Sleep, Stephen King’s eagerly awaited sequel to The Shining, published thirty-six years after the first, with a mixture of anxiety and anticipation. The Shining is one of my favorite novels, and how could a sequel live up to something revered as one of the all-time best horror novels ever published? I decided it didn’t have to. I would read it and enjoy it on its own merits. So how did it fare, in my humble opinion?

Well, it was wonderful getting to know grown up Danny Torrance, now known as Dan, or to his co-workers at the hospice where he is now employed, as Doctor Sleep because of his uncanny ability to calm dying residents and guide them to the great beyond in a peaceful and pleasant way.

Yes, Dan has some problems, and at first he was a little less than likable. I was, initially, repelled by what Dan had become, an apple fallen a little too close to the family tree, but he soon won my heart with his remorse, selflessness, and compassion.

I also adored the little girl whom Dan befriends, Abra Stone. In fact, I marveled at King’s ability to write from the perspective of a pre-teen girl, but it was superb.

This novel, although strange and fascinating, was not at all scary like The Shining, and it didn’t need to be. It was so much more than that. It was about recovery and redemption, realistically told in an insanely surreal world. It continued the main story in The Shining, the story of alcoholism and facing the worst demon of all, our weakest and unlovely selves. I reconsider. Maybe it was a little scary.

But mostly, it was heartfelt, poignant even. More than once I teared up during this novel. I find that I like this new softer side of King, the King of the post near-death “accident” seems to create characters that feel a little deeper, are more expressive, kinder. Perhaps, it was the experience, or maybe he is mellowing with age, but I’m fine with it. Doctor Sleep delivers on weird with his descriptive immersion into horrifyingly evil minds, at the same time as showing us that there are still really good people out there, even in the midst of evil, and that even when the evil is in us, we can overcome it. Five out of five stars.—Christina Knowles

Read my review of The Shining.

As a teacher, my students often ask me what my favorite book is, and I easily reply, “Winter Garden by Kristen Hannah,” but after that, it gets tough to narrow it down to a list of essentials. I would love to just list ten, but I find it impossible to limit it that much when I begin to write. Here are my absolute must-reads:

So that’s where I will stop. I could literally continue writing about my favorite books all night, but I won’t put you through that. If you read all the way to the end, I wish I could give you some kind of reward, but why not pick up one of these fabulous books and enjoy? That will be a reward in itself.—Christina Knowles