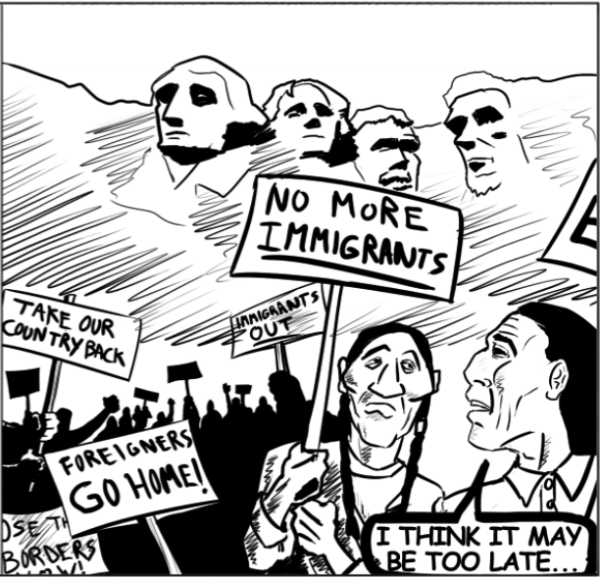 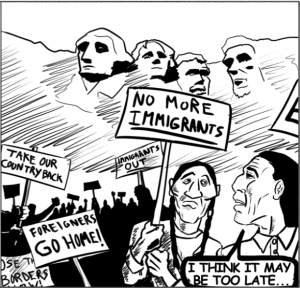 Recently, I have witnessed many angry outbursts on social media regarding the approximately 100,000 unaccompanied immigrant children pouring over the border, originating from Honduras, El Salvador, and Guatemala, choosing to leave their families and risk the dangers of traveling alone to cross the border in search of hope and safety. These children, who are fleeing violence and poverty in their homeland, turn themselves in to American immigration authorities and beg for help. But apparently, numerous Americans, many of whom claim to be pro-life, refuse compassion to these starving, freezing, and abused children, and just want them immediately deported—sent back to the violence and chaos from whence they fled. I do not understand this curious and callous lack of common decency and compassion for these suffering children.

A few weeks ago, a friend posted this on his wall: “I am ashamed that SO MANY Texans will argue that a fetus is a living human and deserves to live a full life. But when a little ACTUAL FOREIGN kid shows up on your doorstep. All of the sudden you find every excuse as to why you can’t take care of it.” This caught my attention because I have always wondered about this particular paradox myself.

Before I had a chance to chime in, a person, whom I do not know and who will remain anonymous, responded, “But it’s ok for some bimbo who can’t get her shit together and get on BC or keep her legs shut to have multiple abortions. In some cases these late term abortion babies are born alive and left to die. That’s so f—ing sad. Your [spelling was not corrected] right I’m not taking care of a little American or foreign child. I did not make that choice to have sex and create them. In the form of taxes you could say I already do take care of them. People are put in jail for animal abuse and it’s ok to murder someone you never gave a chance to live.”

Apparently, she wanted to prove his point. For some reason, many people in the pro-life movement only seem to advocate for the lives of unborn children, which, forgive me, strikes me as pro-birth, or even anti-abortion, but not pro-life. I, personally, don’t think one should label oneself pro-life, unless one is also interested in respecting all life, protecting the dignity of all living beings, having compassion on them, and doing one’s best to elevate their situation out of suffering. Unfortunately, these remarks and lack of concern for anyone except unborn fetuses are typical. Fetuses may, indeed, be human beings who have the right to live, but because another human being’s health and well-being is also involved, abortion is a complicated issue, but the question of whether or not to help these child refugees should not be complicated at all.

Most people who hold a hard line against illegal immigrants, in this case, more properly identified as refugees, do so because they fear that sharing our resources with others will cause our own people to go without. However, “the irony with today’s anti-immigrants is that they are themselves descendants of uninvited immigrants who came from countries lacking in opportunity a few hundred years before” (Headbloom). And although the angry and indignant reaction of those in opposition to any humanitarian aid for these children is based in selfish instinct, I suppose this is somewhat understandable. It will require sacrifice on our part. However, if we are to be the leaders of the free world we say that we are, then we need to set a humanitarian example. “The US is constantly insisting that countries around the world accept refugees. Turkey, Egypt, and Jordan are all accepting millions of Syrians, for example. They are much less equipped to do so based on their economies and their size in comparison to the numbers arriving,” according to Brenna Daldorph, journalist for France 24. Aren’t we, at least, willing to live up to the humanitarian standards we expect from others?

But beyond our reputation, I would like these people to consider that, both personally, and as a nation, our most valuable possessions are our character and compassion, and if we are able and willing to coldly refuse help to those who cannot help themselves, especially children, who through no fault of their own, flee horrific conditions for the chance at a better life—or any life at all, then we have nothing worth preserving anyway.

How soon we forget our own history and what this country has long represented. America has always been a nation of immigrants, and we used to be proud of it. We visit the Statue of Liberty and read the beautiful words inscribed there:

“Give me your tired, your poor,

The wretched refuse of your teeming shore.

Send these, the homeless, tempest-tost to me,

I lift my lamp beside the golden door!”

(“The New Colossus” by Emma Lazarus)

And we are moved and proud. But we have no reason for this pride any longer because too many of us don’t care about the huddled masses, the suffering, the starving. And why? Because we want to keep everything for ourselves. We don’t want to lose what we have and become like them. But by doing so, by protecting ourselves from them, we have become something far worse. We are not even worthy of them or of our own heritage. If this is who we’ve become, if this is who we will be, then we truly have lost the best of who we once were.

As Americans, we need to once again become the nation worthy of being that “beacon of light,” that “shining city on the hill,” the country that stands against tyranny, protects the weak and downtrodden, and offers comfort and shelter at least as often as it wields its mighty force and influence. Like my friend who originally posted that he was ashamed, I don’t want to be ashamed of America anymore. I want to be proud, proud to be a citizen of a country who lives up to the lofty ideals of our forefathers, even if it costs us something. The price of protecting these children, we can afford. It is much more expensive not to; it will cost us everything, at least everything that matters—our character and our ideals.—Christina Knowles