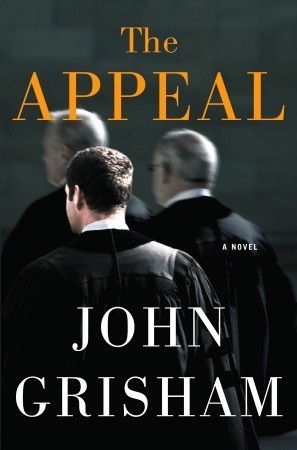 as very disappointed in this book. I love John Grisham, but I did not like this book at all. It was nothing more than a political statement, which would have been far better received had he just written it in essay form.

The novel explores the seedy underbelly of Supreme Court judicial elections and, of course, corporate greed. A large, conscious-less organization irresponsibly, and downright villainously, destroys the water supply of a small town, resulting in numerous cases of cancer and deaths of innocent residents. When the lower courts stick it, deservedly so, to the corporation, they pick a suitably naive candidate to run for Supreme Court justice and buy the election to insure the judgement is overturned.

This all sounds typically Grisham, and it usually results in an action-packed legal thriller. However, there is no action, no thrills, no heroic defeating of the bad guys, just boredom. Grisham reduced this plot to nothing but a rant against the corporate elite and their ability to control the political arena, and do whatever they want. And I agree with everything Grisham had to say, but I still couldn’t stand his blatant proselytizing.

The book ended horribly, just to further emphasize his point. It was very disappointing. I am really anticipating “Sycamore Row,” the sequel to ” A Time to Kill,” in hopes of restoring my faith in Grisham’s ability to hook me on the first page and hold me captive until his normally satisfying and righteous endings, unlike “The Appeal,” which left me confused and frustrated, wondering if the last chapter had somehow been left out of my copy. 2 out of 5 stars.

2 thoughts on “Review: The Appeal by John Grisham (Warning: Spoilers)”