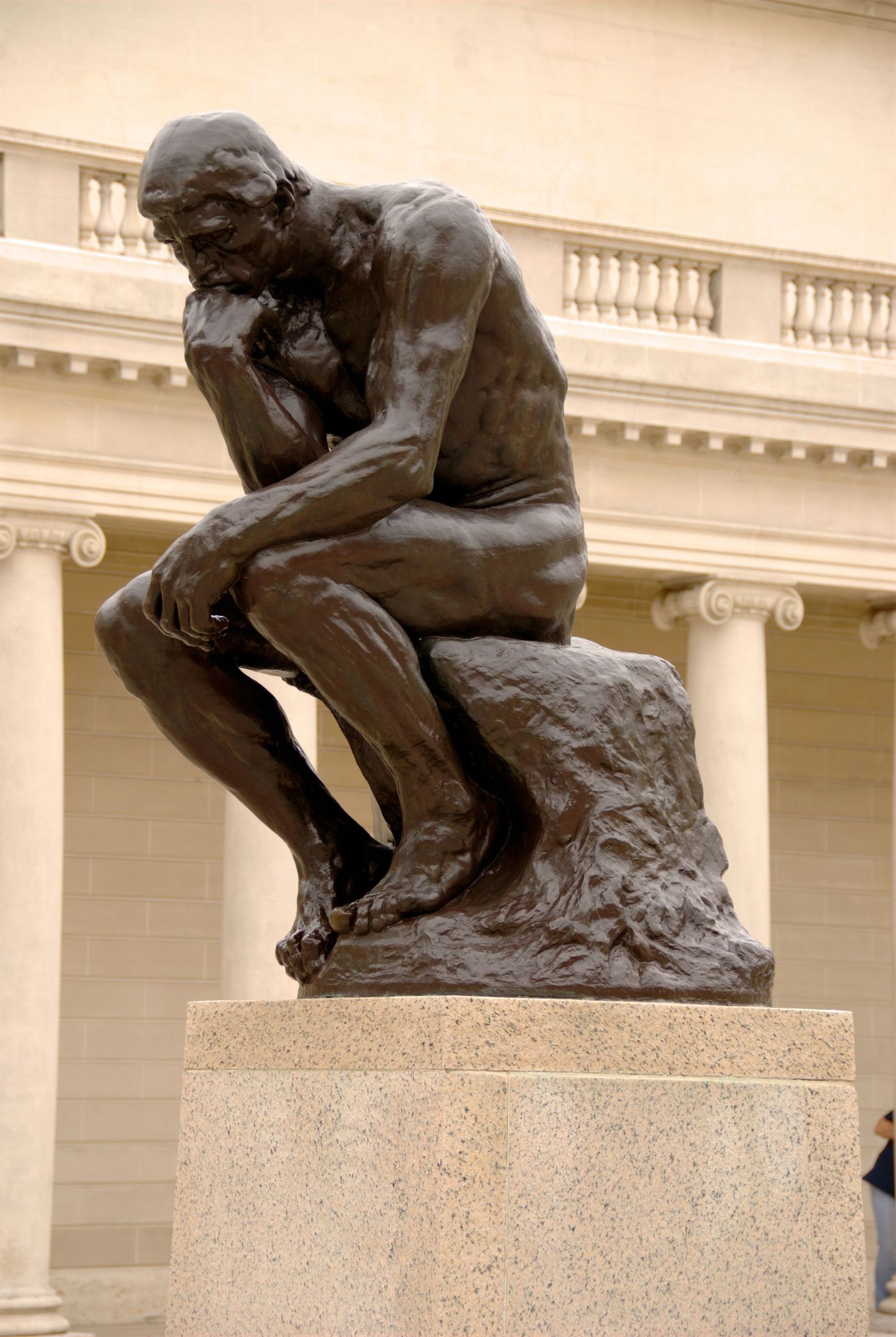 In seeking to define my worldview, I have found myself consistently drawn to seemingly oppositional philosophical viewpoints: Existentialism and Transcendentalism. At least they seem juxtaposed in most ways. My definition of Existentialism is the belief that life has no intrinsic meaning; we create the meaning in our own lives. There is no divine. Transcendentalism, on the other hand, is believing the divine is all around us and in us. We are in nature and nature is in us, and through communion with nature, we connect with the divine soul and are one with everything. This connection is the meaning of life.

Why do I bother defining my worldview? Why do I feel the need to label it? I’ve asked myself this question a thousand times. I believe it is because in order to live consciously, deliberately, and according to a personal value standard, which I desire to do, I need to make choices all the time that fall within certain parameters, and to be vigilant in that, they must be defined. Life is short, and to live it fully aware, one cannot blindly stumble through it.

I read extensively and eclectically, and in my reading, I come across wisdom that speaks to me what I recognize as truth. But is that which seems true, truth? Ah, the age old question asked by every ancient philosopher, and Pilate asked this to Jesus, and at some point, every thinking person must ask themselves, “What is truth?” In forming our worldviews, I find that we latch on to bits of wisdom that seem true because we recognize their wisdom according to our already established values, in which we have internalized throughout our lives from various experiences, both internally and externally. I believe we are even born with some of these values.

I have found many things that seem true in Existentialism. I love Existentialism. People say it is pessimistic and depressing. I don’t see it that way at all. I think it is liberating and comforting. Here are some of my favorite Existential aphorisms:

“I saw that my life was a vast glowing empty page and I could do anything I wanted.”—Jack Kerouac

“All that remains is a fate whose outcome alone is fatal. Outside of that single fatality of death, everything, joy or happiness, is liberty. A world remains of which man is the sole master. What bound him was the illusion of another world.” –Albert Camus

“Life begins on the other side of despair.”—Jean-Paul Sarte

“Man is condemned to be free; because once thrown into the world, he is responsible for everything he does.” —Jean-Paul Sarte

“It’s only after you’ve lost everything, that you’re free to do anything.”—Tyler Durden

“Every true faith is infallible. It performs what the believing person hopes to find in it. But it does not offer the least support for the establishing of an objective truth. Here the ways of men divide. If you want to achieve peace of mind and happiness, have faith. If you want to be a disciple of truth, then search.”—Friedrich Nietzsche

“Memento mori—remember death! These are important words. If we kept in mind that we will soon inevitably die, our lives would be completely different. If a person knows that he will die in a half hour, he certainly will not bother doing trivial, stupid, or, especially, bad things during this half hour. Perhaps you have half a century before you die—what makes this any different from a half hour?”—Leo Tolstoy

“We fear death, we shudder at life’s instability, we grieve to see the flowers wilt again and again, and the leaves fall, and in our hearts we know that we, too, are transitory and will soon disappear. When artists create pictures and thinkers search for laws and formulate thoughts, it is in order to salvage something from the great dance of death, to make something last longer than we do.”—Hermann Hesse

“As if the blind rage had washed me clean, rid me of hope; for the first time, in that night alive with signs and stars, I opened myself to the gentle indifference of the world.”—Albert Camus

When I read Existentialist philosophy, I want it to be true. I think it is beautiful and carefree. Unfortunately, I don’t quite buy it.

“To laugh often and much; to win the respect of intelligent people and the affection of children; to earn the appreciation of honest critics and endure the betrayal of false friends; to appreciate beauty; to find the best in others; to leave the world a bit better, whether by a healthy child, a garden patch or a redeemed social condition; to know even one life has breathed easier because you have lived. This is to have succeeded.”—Ralph Waldo Emerson

“I learned this, at least, by my experiment: that if one advances confidently in the direction of his dreams, and endeavors to live the life which he had imagined, he will meet with a success unexpected in common hours.”—Henry David Thoreau

“The mass of men lead lives of quiet desperation. What is called resignation is confirmed desperation.”—Henry David Thoreau

“Rather than love, than money, than fame, give me truth.”—Henry David Thoreau

“So behave that the odor of your actions may enhance the general sweetness of the atmosphere, that when we behold or scent a flower, we may not be reminded how inconsistent your deeds are with it; for all odor is but one form of advertisement of a moral quality, and if fair actions had not been performed, the lily would not smell sweet. The foul slime stands for the sloth and vice of man, the decay of humanity; the fragrant flower that springs from it, for the purity and courage which are immortal.”—Henry David Thoreau

“Wherever a man goes, men will pursue him and paw him with their dirty institutions, and, if they can, constrain him to belong to their desperate oddfellow society.”—Henry David Thoreau

“Many go fishing all their lives without knowing that it is not fish they are after.”—Henry David Thoreau

“Simplicity is the glory of expression.”–Walt Whitman

“Be curious, not judgmental.”—Walt Whitman

“Re-examine all that you have been told… dismiss that which insults your soul.”—Walt Whitman

“I cannot be awake for nothing looks to me as it did before, Or else I am awake for the first time, and all before has been a mean sleep.”—Walt Whitman

“To me, every hour of the day and night is an unspeakably perfect miracle.”–Walt Whitman

“Stop this day and night with me and you shall possess the origin of all poems. You shall possess the good of the earth and sun . . . . there are millions of suns left.  You shall no longer take things at second or third hand . . . . nor look through the eyes of the dead . . . . nor feed on the spectres in books. You shall not look through my eyes either, nor take things from me. You shall listen to all sides and filter them from yourself.”

“I wanted to live deep and suck out all the marrow of life, to live so sturdily and Spartan-like as to put to rout all that was not life, to cut a broad swath and shave close, to drive life into a corner, and reduce it to its lowest terms, and, if it proved to be mean, why then to get the whole and genuine meanness of it, and publish its meanness to the world; or if it were sublime, to know it by experience, and be able to give a true account of it in my next excursion. For most men, it appears to me, are in a strange uncertainty about it, whether it is of the devil or of God, and have somewhat hastily concluded that is the chief end of man here to “glorify God and enjoy him forever.”

“An honest man has hardly need to count more than his ten fingers, or in extreme cases he may add his ten toes, and lump the rest. Simplicity, simplicity, simplicity! I say, let your affairs be as two or three, and not a hundred or a thousand; instead of a million count half a dozen, and keep your accounts on your thumbnail.”–Walden, Henry David Thoreau

“Make your own Bible. Select and collect all the words and sentences that in all your readings have been to you like the blast of a trumpet.”― Ralph Waldo Emerson

“The purpose of life is not to be happy. It is to be useful, to be honorable, to be compassionate, to have it make some difference that you have lived and lived well.” ― Ralph Waldo Emerson

“Dare to live the life you have dreamed for yourself. Go forward and make your dreams come true.” ― Ralph Waldo Emerson

“Once you make a decision, the universe conspires to make it happen.” ―Ralph Waldo Emerson

“The only person you are destined to become is the person you decide to be.”― Ralph Waldo Emerson

Obviously, the commonality in these two modes of thinking is the idea that we are the masters of our own destinies; we are the captains of our ships. The only thing holding us back is ourselves. This is the fundamental appeal of these beliefs for me. I love these beautiful ideas; I revel in the wisdom of these two philosophies. The practical advice they give for surviving in a savage world that seems hopeless, gives me hope–Yet, I don’t really believe any of it for a minute. Something deep inside of me says I am not completely in control, I am not the center of my universe, I am not in charge of today, let alone tomorrow. So, I turn to Modernism, Deism, maybe even some Buddhism. The effort to define life’s truths continues. Perhaps I’ll start my own philosophical movement to incorporate bits and pieces of all these things, but that sounds a lot like something an Existential-Transcendentalist would do.—Christina Knowles

2 thoughts on “Existdentalism: I Think; Therefore, I Am Confused by Christina Knowles”