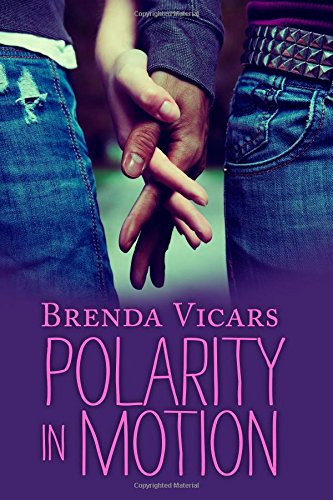 Polarity Weeks was already having a rough time of it. Switching schools, dealing with her mother’s Borderline Personality Disorder, and struggling to fit in are hard enough, but Polarity is shocked to discover that her latest problem has nothing to do with anything she or her family has done. When a nude photo of her suddenly begins to circulate among the students at her high school and on the internet, she has no idea where it came from or what to do about it. This novel deals with the all-too-real issues faced by the modern teenager living in a high tech age while navigating the age old problems of friends, parents, school, and popularity.

I really loved this book. At first I was turned off by the title and the main character’s name, but there is actually a touching story behind the name, Polarity. Although this book is categorized as a romance, it is so much more than that. It’s an intriguing mystery, which kept me turning the pages. It’s about bullying and relationships and about dealing with teenage drama in high school. It’s about dealing with parents and mental illness. It’s about issues with social media and technology and about being powerless in the system. It’s about growth and prejudice, and it’s about finding out who you are, who you are becoming, and who you want to be.

But my favorite part of the book, the part that struck an emotional chord in me, was the horrifying reality of Polarity’s daily tight-rope act of dealing with her mother’s mental illness. It was beautifully written and realistic. I didn’t know much about Borderline Personality Disorder, but I assume Vicars did her research because Polarity’s mom was startlingly real. Vicars manages to make the reader sympathetic to Mrs. Weeks, even while hoping for Polarity to escape her verbal and emotional abuse.

Vicars also writes Polarity’s character so smoothly that she seamlessly grows throughout the story from a passive introvert into a strong-willed and confident girl without ever seeming like a different person. I love a book that leaves me wanting more, and I want to know what happens in her life next. I enjoyed Ethan, the grandmother, and Polarity’s father as well.

As a high school teacher, I’m going to tell my students that this is a must-read! It would also be great to teach in a class because of the character growth and symbolism in the story. I just recently read Laurie Halse Anderson’s Speak, and really enjoyed it, but I think I actually enjoyed this one even more! Highly recommend. 5 out of 5 stars.–Christina Knowles

Buy it: Polarity in Motion by Brenda Vicars